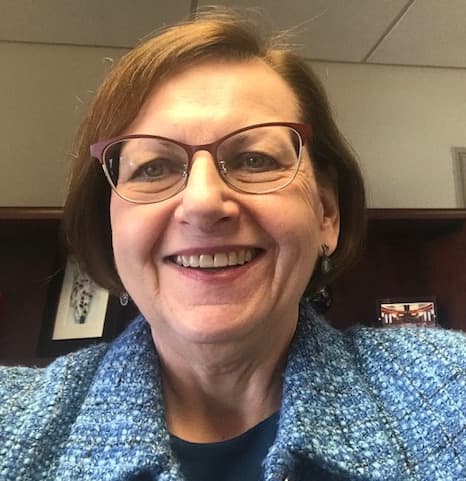 New Haven, Conn., December 7, 2021 – Albertus Magnus College is pleased to announce that Ms. Lauri Strimkovsky has  been named Vice President for Finance and Administration (VPFA) beginning January 31, 2022, and in the role she will  supervise and lead the College’s business and finance areas, bookstore/campus store, dining/food services, facilities  operations, human resources, and purchasing areas.

“I am thrilled to have Lauri Strimkovsky joining the College’s senior leadership team,” said Albertus President, Marc M.  Camille, Ed.D. “Lauri's breadth of senior finance and administration experience, including nearly two decades at sister  Catholic institutions, uniquely positions her to provide key leadership to the Albertus community as we seek to fulfill the  promise of the College’s Albertus 2025 strategic plan and maintain the positive momentum in our “growth agenda,”  moving boldly toward the Albertus Centennial in 2025.”

“What an exciting time to arrive at Albertus Magnus College,” said Strimkovsky, a native of Bergen County, New Jersey.  “I’m drawn to its Catholic identity and Dominican mission, which for nearly a century has focused on making a positive  impact on the lives of students and the community. I’m honored to join the Albertus community and to help strengthen  and manage the College’s financial health and well-being as it approaches its 100th anniversary in 2025.”
Download Press Release