New Haven, Conn., October 27, 2021 –  With a stroke of a pen, Albertus Magnus College President Marc M. Camille, Ed.D. added the Catholic College to the Laudato Si’ Action Platform, an international initiative sponsored by the Vatican to guide Catholic institutions in organizing seven-year plans centered on sustainability.  It is inspired by Pope Francis’ 2015 encyclical Laudato Si’ (Praise Be To You), calling for a robust Christian response to the climate crisis, oriented around seven goals: 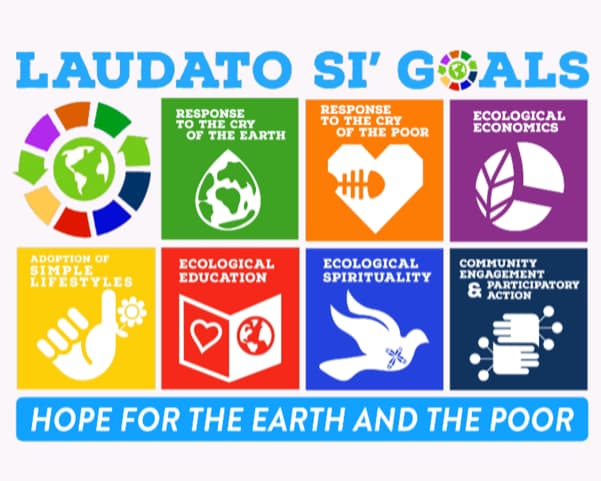 For the 2022-2023 academic year, the College’s newly opened Meister Eckhart Center for Catholic and Dominican Life has chosen the theme Integral Ecology in the City.  Along with this theme, the Center hopes to launch a Laudato Si’ Action Plan group for the Albertus Magnus Community.

Supported by the Eckhart Center and external grants, this group will: