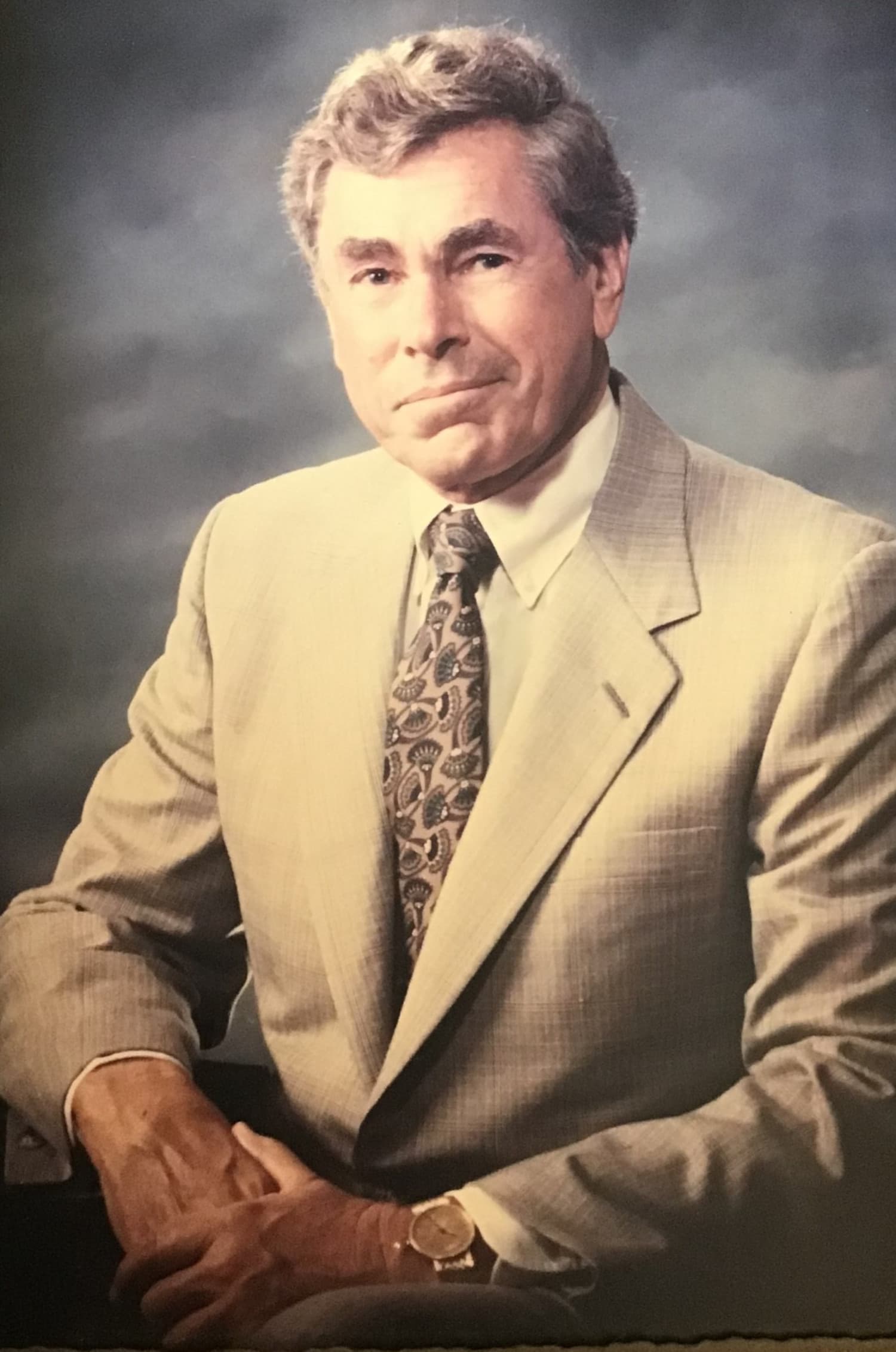 New Haven, Conn., May 12, 2022– The Albertus Magnus College family celebrates the life of Edward Leonard Marcus who passed away on May 5 and was buried May 9.

If you ever wondered how the Cosgrove, Marcus, Messer Athletic Center got its name, it was partly because of the generosity of this lifetime member of the President’s Associates.  Back in the 1980s, the College was given 303 acres of land in Cheshire and Wolcott which was sold for $2.5 million.  Those funds were used to build the new $4 million complex – the largest gift in the College’s history at the time.  The building was dedicated in October 1989, bearing Marcus’ name.

Born on June 14, 1927, Marcus’ life consisted of many successes.  He graduated from Yale University where he excelled in academics as well as football, baseball, and basketball and as the manager of the wrestling team.  While at Yale Law School, he became very involved in the community, believing in public service.  This was the start of many professional and political successes – starting-up his own law firm, serving on the Board of Alders and also serving as Majority Leader in the State Senate.  He later became the Democratic State Chairman.  One of his three daughters, the Honorable Judge Shelley A. Marcus ‘74, inherited his love of law, politics, and sports.

Marcus’ passing was in everyone’s thoughts and prayers on May 7 at Albertus’ Lighting the Way Gala to support students through scholarships.  That evening, Dr. Julia M. McNamara, President Emerita, received the Pillar of Study Award.  In her acceptance remarks, she said, “A good friend of Albertus and a tremendous benefactor to the College passed away.  Ed Marcus, Dan Cosgrove, and Ed Messer made it possible for Albertus Magnus College to build an athletic center.  We at Albertus always celebrate those who come before us.  We remember them.  We remember all of the great works that have been done by others and that celebration of Ed and remembering his passing is so very helpful to this institution.”

Vice President for Advancement, Mary Young ’91 adds, “At Albertus, we build upon our previous successes and continue to soar.  Ed Marcus provided us with more than the brick and mortar of an athletic center which transformed the campus in the late 1980s.  He gave us his gift of love to cherish and pass on to our Future Falcons.”

Memorial contributions may be sent to the David Cosgrove Animal Shelter in Branford.