New Haven, Conn, May 4, 2022 – Albertus Magnus College is pleased to congratulate the promotion of three faculty members to leadership positions in the Division of Academic Affairs.  Effective July 1, 2022, Dr. Ross Edwards will be the Dean of Academic Affairs for the Traditional Undergraduate Program; Dr. William Aniskovich will be the Dean of the Tagliatela School of Business and Leadership; and Dr. Jonathan Sozek has accepted the position of Director of the newly established Albertus Magnus College Arts and Humanities Collaborative.

“The College’s Strategic Plan, Albertus 2025, establishes as the College’s first priority is to lead in the arena of academic innovation.   These individuals will bring expertise and provide key leadership to making this a reality,” said Vice President for Academic Affairs and Dean of the Faculty, Dr. Sean P. O’Connell.

Dr. Ross Allen Edwards, a resident of Hamden, received his Ph.D. in Political Science from the University of Minnesota.  He joined Albertus in 2012 and is currently an Associate Professor in the Department of History and Political Science.  Since July 2016, he has served as the Associate Dean for Academic Affairs, leading a variety of initiatives that have positively impacted student retention and success as well as initiatives aimed at promoting curricular assessment and innovation.  These have included co-chairing strategic planning and NECHE continued accreditation work groups, co-chairing the General Education Program Taskforce, overseeing General Education program assessment, and leading the establishment of the Albertus’ Community Garden.  In his new position, Dr. Edwards will provide leadership in strategic and long-term planning efforts; and direction in the areas of curriculum development, policy planning, and management of the Traditional Undergraduate Program. 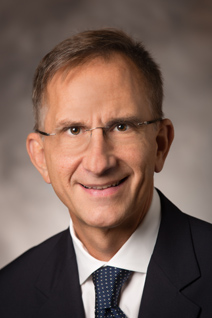 Dr. William Aniskovich, a resident of Branford, earned his J.D. from the University of Virginia School of Law.  Prior to joining Albertus in 2014 and assuming his current role as Chair of the Tagliatela School of Business and Leadership in 2017, Dr. Aniskovich held a number of leadership positions:  CEO & Managing Director of Stonington Behavioral Health, Inc., where he continues to serve; State Senator in the Connecticut General Assembly for the 12th District; and Member of the Connecticut Board of Governors for Higher Education.  As Chair of the Tagliatela School, Dr. Aniskovich created several new academic initiatives, including the Masters in Public Administration, the Healthcare Management concentration within the MBA, and new Bachelor of Science programs in Supply Chain Management and Project Management.  As the school’s first Dean, Aniskovich extends the College’s commitment to excellence by engaging community stakeholders in shaping the programs offered and ensuring that they meet the needs of current and future students and employers. 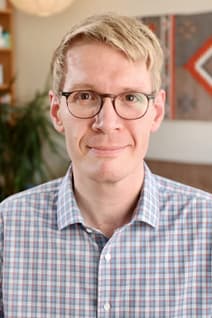 Dr. Jonathan Sozek has accepted the position of Director of the newly established Albertus Magnus College Arts and Humanities Collaborative, which includes the departments of Art and Communication, English, History and Political Science, Languages and Culture, and Philosophy and Religion.  Dr. Sozek received his Ph.D. in Religious Studies from Brown University.  He holds degrees in related fields from Sarah Lawrence College, McGill University, and the Katholieke Universiteit Leuven in Belgium.  He joined Albertus in 2019 as an Assistant Professor in the Department of Philosophy and Religious Studies.  His leadership experience includes service as Director of Faith Formation at Saints Isidore and Maria Parish in Glastonbury, Conn., and as Co-Director of the Albertus Honors Program.  Dr. Sozek currently serves on a number of College committees and is a member of the Meister Eckhart Center Advisory Board.  The purpose of the newly-established Collaborative is to advance curricular and co-curricular academic programing in the arts and humanities with an emphasis on promoting the Dominican tradition of disputatio as a method of arriving at the truth through deep listening and dialogue, communication, problem-solving, and open-mindedness.  As its first director, Dr. Sozek will lead development of a strategic vision for the Collaborative and oversee its operational functions.