New Haven, Conn., January 29, 2021 –  Albertus Magnus College congratulates Tim Quinn ’88 as the make-up artist for First Lady Dr. Jill Biden at the Presidential Inauguration on January 20, 2021.  A resident of Florida, Quinn is currently launching his own venture.  Prior to this, he was the Vice President of Creative Artistry at Giorgio Armani Beauty (L’Oréal USA).

“I was thrilled to be part of the event.  One of the core values I learned at Albertus is to surround yourself with incredible people.  It felt great to reconnect with a group of people I haven’t seen in a while, who value loyalty in long-term friendships and relationship,” said Quinn.

Quinn first met “Dr. B” more than 12 years ago when she became Second Lady of the United States.  The introduction came through former California Governor Arnold Schwarzenegger and then California First Lady Maria Shriver at The Women’s Conference.

Upon arriving in Washington D.C. for the historic inaugural, Quinn said that he was saddened to see everything in lockdown.  However, after he got through the day and back to the White House, he felt a different energy.  He praised the work of the Inauguration Committee for how they pivoted the programming to make people feel a part of something he called “so special and magical.” 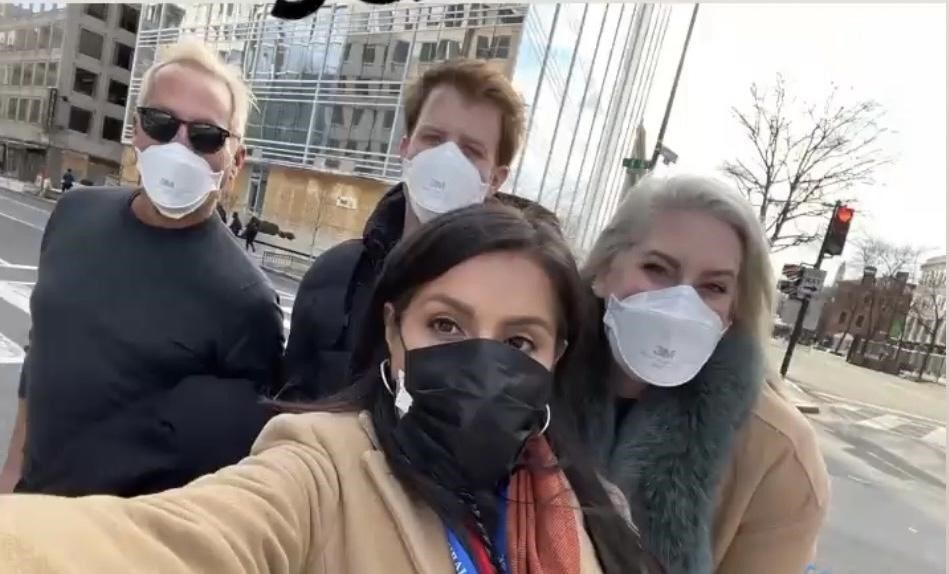