Albertus Magnus College se viste de orgullo and is honored to join the national celebration of Latinx Heritage Month. Each year, the United States takes time to acknowledge the valuable contributions made by the Latinx community in academia, politics, arts, and American culture. The national celebration takes place from September 15 to October 15.

During our annual celebration, Albertus Magnus College will showcase the bright and beautiful cultural traditions of our Latinx community, engage in conversation with regional leaders and embrace our valiant spirit.

The Latino population has become such a presence. We are part of the American tapestry in a very profound way, in every area you can think of, and are very significant in popular culture.

Time: 9:00PM
Location: Campus Center - Lounge - Pizza and soda will be served
Description: Grab some popcorn and gather to watch a screening of an acclaimed film, Selena.
Partners: My Amigo

Dominicans in the New World

Time: 5:30PM
Location: Campus Center (BCR)
Description: The Eckhart Center hosts a lecture by David Orique, O.P., Professor of History and Director of Latin American and Latina/o Studies at Providence College. Dr. Orique is going to speak on the encounter of Dominicans with the early colonial period, with a special focus on Bartolomé de las Casas, an early critic of slavery and mistreatment of indigenous people.
Partners: Meister Eckhart Center 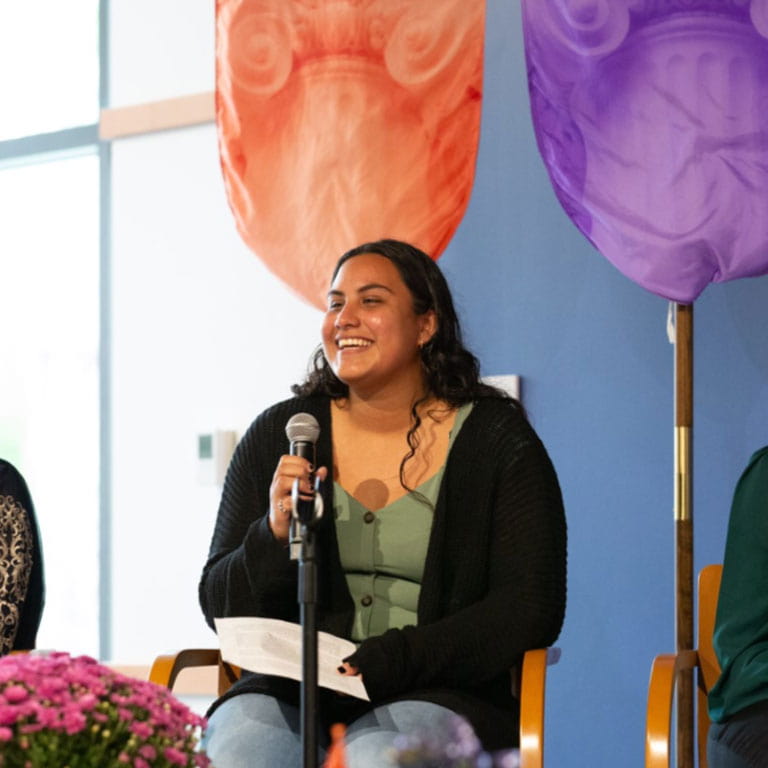 Ana Lucia Gutierrez Gomez, an international student from Sonora, Mexico, is honing her amazing abilities and doing her best to make the world a better place at Albertus Magnus College...

Latinx in Business:  One of every four small businesses are run by a Latinx entrepreneur.

Latinas are the fastest-growing entrepreneurial sector in the country growing six-time above the national rate. Latinx businesses are employed in our communities and contributing to our local economic impact.  (source USHCC: USHCC.com)

Hablemos de Dinero: US Latinx GDP is the fastest growing in the world.  In 2019 Latinx in the US contributed $2.3 trillion to the national economy and wild more than $1.3 Trillion in buying power.  If the US Latinx community were a country, it would be the 8th largest economy in the world. (source https://www.latinodonorcollaborative.org/)

Jovenes y Brillantes:  Latinos are a young demographic. It is estimated that 1 million Latinx turn 18 each year and 60% of Latinx are 35 and younger. It is expected that Latinx will represent 75% of the workforce by 2025 and that by 2060 Latinx will be 30% of the U.S. Population.  (Source unidosus.org and latitude.net)

College Bound: Latinos pursuing higher education increased from 2.9 Million in 2010 to to 3.6 Million in 2019. According to UnidosUS first generation Latino college students are 70%   (Source Unidosus.org and Pewresearch.org - https://www.pewresearch.org/fact-tank/2021/09/09/key-facts-about-u-s-latinos-for-national-hispanic-heritage-month/)

Diverse:  24% of Latinx in the US self-identify as Afro-Latino, celebrating the diversity of and African Heritage in our Latino culture. (Source: Unidosus.org https://www.unidosus.org/facts/statistics-about-latinos-in-the-us-unidosus/

What is in a Word:

Latinx:  a gender-neutral term referring to someone living in the United States who was born in or has ancestors from Latin America; it is an alternative to the masculine (Latino) and feminine (Latina) forms. The word came into usage in the early 21st century as more people rejected binary categorization of gender and sought greater inclusivity. In addition, Latinx was seen as a challenge to the alleged patriarchy in a number of languages. Spanish is notably a gender-based language that defaults to the masculine form; for instance, a group of people with only one male member are called Latinos. The term Latinx was not without its critics, however. Some claim it is unnecessary, a product of excessive political correctness. Within the Hispanic community, the Anglicized word was criticized for not following the rules of the Spanish pronunciation and suggesting “linguistic imperialism.” This may partly explain why few Hispanics identify as Latinx. In a 2019 survey only about 3 percent self-described as Latinx. In addition, that same study found that within the broader population, the term’s popularity largely resided with younger individuals.

Hispanic: a person from or with ancestry from a Spanish-speaking territory or country in the western hemisphere. First recognized in the mid to late 1960’s, the term Hispanic was used to collect information about populations from Spanish speaking countries.  In 1976, the U.S. Congress passed a law for information about U.S. residents from Spanish-speaking countries to be officially recorded. Since then, Hispanic appears as an “ethnicity” in various forms for government, education and employment purposes. 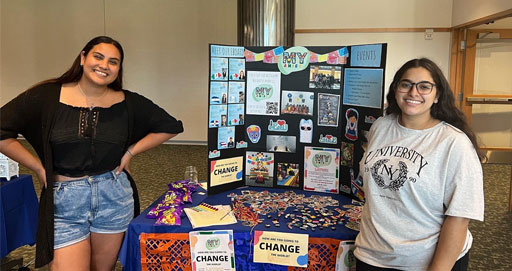 The purpose of this organization is to believe in people and their future. We support students by empowering them as transformers of lives. Innovation, entrepreneurship, community, impact, and leadership is our mission and we focus on the Latino community. This Student group is committed to creating a model of change for vulnerable groups of people.